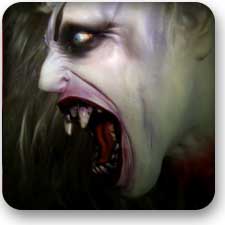 Enemies: There are a large variety of enemies that you can battle. Some are intelligent and others are non-intellegent. There are several types of demons, assassins, extraplanar creatures, evil spirits, a large variety of undead, and many other choices that have not been seen in any other RPG to date.

Enemy Power Levels: Enemies typically range in power from very weak to a powerful archetype of the creature type that is extremely powerful allowing you to have a large variety of monsters to fight at each level.

Epic Enemies: Epic enemies sould not be fought alone. They are extremely dangerous and should be avoided or tackled with an elite team.

Regional Enemies: Each region has a enemies that are usually only found in that area.

Regional Encounters (Alba)
Nighe: A Nighe is a Banshee.
Bodach: A shapeshifing imp.
Bugge: A ghost that formed out of straw and plants.
Shellycoat: A sprite that protects rivers and streams.
Uisge: A foul creature, formed out of sludge and poison.
Eker: A large being of gruesome and slimy appearance.
Lavellan: A rodent as large as a dog, that gives off poison.
Morag: Huge 20' long water serpent creature.
Dunter: A murderous Elf said to inhabit ruined castles.
Trow: Hideous creatures that can turn invisible.

Racial Enemies: Each race has a particular enemy that is similar to the class enemies.