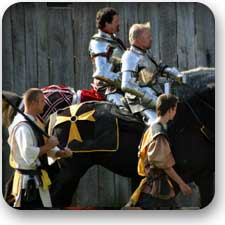 The Culture of Eternus: Eternus is an intricate combination of the cultural traditions of the medieval world combined seamlessly with a rich and diverse fantasy world completely of our own creation.

The King: In the not too distant past at the head of the nation of Eternus stood the King. With the absence of the King the nation has fallen into disarray and each kingdom is ruled by it's sovereign leader, most often a Duke or Duchess. The King's Chief official the Chamberlain is still in office but he holds little power in most provinces particularly in the Northern Kingdoms. He is often in opposition with the Lord High Steward of Eternus held by the Duke of York. Ny asserting his rights to supervise the royal household and through the administration of justice and the appointment of royal councilors he holds a small amount of control over some of the provinces in the South.

Faction: Building faction allows you to go from a stranger who is watched with suspicion or ignored to a trusted member of the community.

Games: Games are a very important part of the culture of Eternus and the surrounding lands. They can be a relaxing distraction or a deadly game of intrigue depending on the game and the players.

History: Eternus has a long and glorious history.

Languages: A variety of languages are spoken on the continent of Eternus.

Laws: Eternus has many laws and customs that must be followed. 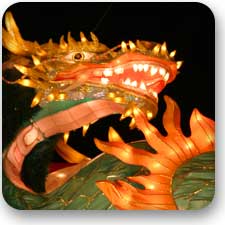 Legends: Legends are a big part of the verbal and oral traditions of the lands. Many legends are either true or based in part on truthful events. Some are pure fantasy. All of them tell an entertaining story and impart deep wisdom.

Poems and Songs: There are many popular songs and poems that are sung around a warm fire at the local inn or hummed while marching through the wilderness. Storytellers are welcome in most any town and are a popular form of entertainment.

Royalty: Most commoners never have a chance to meet royalty but all but the most uneducated know how to act in their presence.

Traditions: Traditions have been handed down for generations and typically are put in place to benefit the society as a whole.

Holidays: Holidays offer unique chances to obtain items and go on adventures that are not always available. 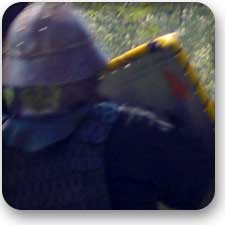 Military: The feudal system is based on grants of land in exchange for military service, however the duty to send knights is now often replaced with scutage or a lump payment or cash by all local lords to the Province leader. Originally the Marshal and the Constable controlled the royal horses and stables, but these officers came to control military operations. The Marshal is in charge of the cavalry and the Constable the Infantry for each province. In some Kingdoms these offices are passed down in the noble families of Theudebert (Earl Marshal) who controlls the many positions in the southern militray and Galswinth (High Constable) who controlls many positions in the southern military. Their assertion of their hereditary rights has made them two of the most powerful military families in the Kingdoms but even so they have little real power outside the military ranks.