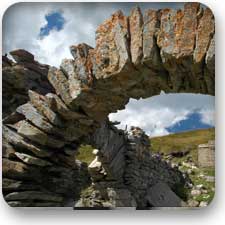 History: Much of Eternus' history has been lost and must be recovered through gameplay or by searching the libraries of Eternus. There are however a couple of events that nearly every person in the Kingdoms know.

History of Eternus: The Kingdom of Eternus has a long and noble history. In it's earliest recorded history Darius Lontree and his sons and daughters ruled the lands of Eternus from the royal city of Westminster. Their rule lasted for tens of thousands of years and protected the Kingdom from siege by numerous powerful enemies both inside and outside the Kingdom.

War of the Blade: This ancient kingdom of Eternus was nearly brought down in the year 230 by a massive civil war known as the War of the Blade. Prince Darius Lontree the XVI declared war on the enemies of the state but was opposed by his brother Alcott who believed the King to be compromised by his advisors.