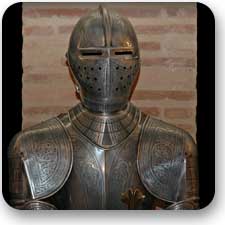 The King of Ancient Eternus: The Kingdom of Eternus has a long and noble history. In it's earliest recorded history Darius Lontree and his sons and daughters ruled the lands of Eternus from the royal city of Westminster. Their rule lasted for tens of thousands of years and protected the Kingdom from siege by numerous powerful enemies both inside and outside the Kingdom. The Lontree family were wise and noble leaders who treated their subjects well whether of noble birth or not. This fair treatment did not sit well with many of the nobles.

War of the Blades - Eventually the Dukes went to war with the King in what is known as the war of the blade. This civil war divided the country and led to a period of civil unrest that lasted for over 1000 years. Eventually the disappearance of the King saw an end to the civil war and the Kingdom divided into two loosely aligned competing factions known as the Southern Kingdoms and the Northern Kingdoms. The city of Westminster was abandoned and fell into ruin.

The Two Kingdoms- The two Kingdoms were able tolerate each other but spend many of their precious resources making sure that the other kingdom didn’t have a leg up on them. They were both known to have sabotaged natural resources and have engaged in other forms of sabotage to make sure that the other does not get ahead of them. Both kingdoms were closed to all outsiders and they are particularly suspicious of those from the “Outworld”.

War over Resources - The two Kingdoms controlled most of the precious mineral resources in the Kingdom. Occasional skirmishes broke out as the two kingdoms constantly rewrite the lines of division between the two groups particularly as valuable resources are discovered.

Battle for Longrest - In the year 533ad the Northern and Southern Kingdoms were both suffering from the ill effects of War. As their last mutual act before separating they declared the areas between the two kingdoms in dispute. They agreed to fight each other only in those areas and acts committed in the scramble for desperately needed resources is not considered an act of war. Because of this the militaries of both areas use the Longrest as a battleground to keep their soldiers sharp and to strip the areas of all resources before the other side can get them.

Duke Clayton Northblade - Those that remained loyal to the King rallied around his most trusted advisors, the Northblade Clan. The northblade clan had refused to take sides with either Kingdom claiming they both had elements of corruption within them. He worked from the outside to strengthen the forces of good within both Kingdoms. This ended with a treaty between the two kingdoms and the coronation of their new leader, Duke Clayton Northblade who resided over a council of royals that made decisions for the two Kingdoms. He became the Grand Duke and had the final word in disagreements of the Council. The 20 years after was a fairly peaceful time but it did not last.

Fall of the Grand Duke - Grand Duke Northblade's reign was cut short five years ago when some prominent members of the council declared him unfit to rule and claimed that he was losing his mind. There is no disputing his strange behavior as it is well documented. There is much disagreement however as to its cause. His enemies claimed that he was compromised by the corrupting influence of the Modred and that he had sold his soul for the power to bend the Kingdoms to his will. His allies claimed that he was poisoned by his main opponent Duke Winslow Burgess of Yorkshire fracturing the tentative peace and dividing the Kingdoms into North and South once again. The two sides gathered forces and faced each other in an epic battle that lasted for months. The fight was going well for the Grand Duke until suddenly just like his predecessor King Lontree he disappeared without a trace.

Current Day - The two Kingdoms have gone back to their former ways, competing over resources in the Longrest and attempting to get ahead of the other Kingdom. While Duke Northblade is still the de facto leader without his presence the situation continues to deteriorate. Occasional skirmishes break out as the two kingdoms constantly rewrite the lines of division between the two groups particularly as resources are discovered. Duke Winslow Burgess had disbanded the council until the rightful ruler can be rediscovered.