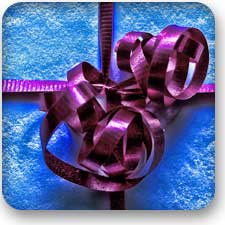 Holidays - The holidays of Eternus generally celebrated universally across the Kingdoms. Many of them are based on agricultural planting and harvest times. They are celebrated with a feast at the local church or royal estates. The Lord of the manor or castle often gives gifts like food, clothing, drink and firewood.

January 1st - New Year's - "First Gifts" are often exchanged on this day.
January 20th - Plow Monday - All freemen of the village participate in a plow race, to begin cultivation of the town's common plot of land. Each man tries to furrow as many lines as possible. Children play the role of "Fool Plow" and go from house to house asking for pennies. Those who refuse often find the ground in front of their door plowed up.
February 2 - Candlemas - This Feast is among the most ancient feasts of the Church. It is the day to remove the cattle from the hay meadows, and from the field that was to be ploughed and sown that spring. Believers bring beeswax candles to their local church to be blessed for use in the church or in the home.
Friday before Easter - Good Friday - This holiday commemorates the crucifixion and death of Jesus. Easter is followed by a fifty-day period called Eastertide ending with Pentecost Sunday. It is a local custom to exchanging gifts. The castle lord receives painted eggs from the villagers and in return, provides a great feast and other festivities.
1st Sunday after the full moon following the vernal (spring) equinox - Easter - Easter celebrates the day Jesus rose from the dead on the third day after his crucifixion. Easter marks the end of Lent, a forty-day period of fasting, prayer, and penance. The last week of the Lent is called Holy Week, and it contains
End of Easter week - Hocktide - This festival raises funds for the church through a practice called binding. The men of the parish tie up the women and demand a kiss for their release. The next day the women tie up the men and demand a payment before setting them free. The monies collected are donated to the parish funds.
May 1st - Feast of St. Phillip - A celebrations of love. Villagers venture into the woods to cut wildflowers and other greenery for their homes to usher in May and hope for a fertile season.
June 24 - Midsummer's Day - On this night the mid-summer plants, especially Calendula, has miraculous healing powers if and only if they are picked on this night. Bonfires are lit to protect against evil spirits which roam freely on this night when the sun is turning southwards again. Witches use this night to commune with demons and with other powerful beings and borrow some of their powers for the night.
July 10th - The Transformation of Light - This day celebrates anyone who has attained enlightenment through the tireless pursuit of goodness.
August 1st - Lammas - Feast of First Fruits - On this day it is customary to bring to church a loaf made from the new crop of wheat which is presented to the poor or needy. In many parts of Eternus, tenants are bound to present freshly harvested wheat to their landlords on or before the first day of August.
September 29 - Michaelmas - Michaelmas marks the beginning of winter and the start of the calendar year for tradesmen.
November 1st - All Hallows Day- This holiday is in honor of all the saints, known and unknown. It commemorates all those who have attained the beatific vision in Heaven.
November 11 - St. Martin's Day - This feasting celebrations commemorates the time when autumn wheat seeding is completed. Hiring fairs are held and farm laborers and other workers seek new posts. It honors St. Martin of Tours, who started out as a soldier. He was baptized as an adult and became a monk. He was a kind man who led a quiet and simple life. One night during a snowstorm he cut his cloak in half to save the beggar from dying of the cold. That night he dreamed that Jesus was wearing the half-cloak Martin had given away. Martin heard Jesus say to the angels: "Here is Martin, the soldier who is not baptized; he has clothed me." The half cloak of St Martin is rumored to be a powerful artifact that appears to those in need.
December 10th - The Great Storm - This day commemorates the great storm that spawned the two crystal dragons of creation.
December 25th - Christmas - Houses are decked with holly and ivy, and giant Yule logs are brought in and burned throughout the two-week celebration.