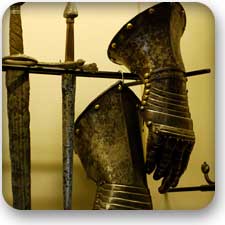 Champion: A Champion is the hero of the people. They are the epitome of honor and loyalty, and charged with upholding the standing of the Community and of their Order. Honor, Honesty, Chivalry, and Courage are their watchwords. Champions are eager to accept any challenge given to them but training teaches them to temper their enthusiasm with wisdom and to remain loyal to those that serve the cause of goodness.

Champions are captains, the born leaders of fighting men and women in the field. They sometimes share a noble heritage and family linage or at other times they may be the champion of the common man helping ordinary people that the system often overlooks. Champions are experts in combat and at high levels they make great military leaders and generals. 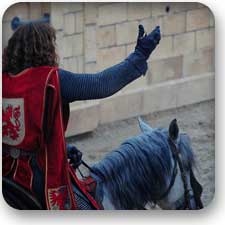 Some Champions are graduates of an established military or fighting academy, some serve in apprenticeships to other Champions or nobles, and some particularly valiant souls are invited from outside the order to take the noble oath. Regardless of their origin only those who display outstanding leadership qualities and a knack for keen understanding of the social order may be invited join the rank of the noble Champion.

In combat a Champion can dominate the battlefield, blocking foes' progress, forcing them into personal combat, or supporting and protecting allies in various and exceptional ways. Out of combat they are keen negotiators and seem to have friends wherever they go. They are skilled in leadership and attract followers to their noble cause.