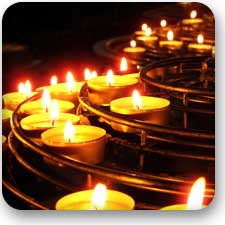 Ritualist: A Ritualist is a exemplary figure that reveres and worships God and the balance of eternal forces through sacred ritual and superstition. They know that what most people see as good or bad luck is actually karma. Bad luck and good luck however are not direct results of karma because true karma takes time to take affect, sometimes more than a single lifetime.

Ritualists know that karma can be influenced through spiritual means by performing certain rituals or by avoiding certain triggers of misfortune. These must be combined with good works to be truly effective because without good works then there is nothing. Summoning good karma also requires sincere prayer to a chosen deity while performing a ritual. They may involve sacrifice of a precious items. Their powers can bring bad karma on an enemy that deserves it or can fuel the reading of omens or spells to bring about misfortune for those that oppose the common good. They also know that blessed actions will influence how fortune will favor them. They are also trained to recognize the energy or magic known as meaningful coincidence. 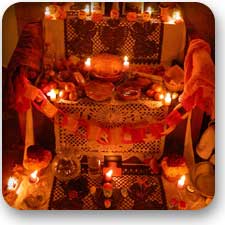 At higher levels if Ritualist are fortunate enough to get rare training they can expand their powers be Shinto priests, aesthetics, shamen, and masters of white magic. and become protectors of all natural terrains guarding and maintaining the delicate balance of nature.