The Lands of Eternus - The Dragonlands 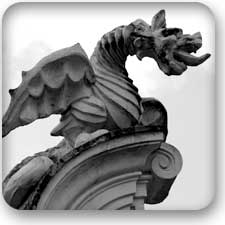 The Dragonlands - The Dragonlands is a country that is one of the five Kingdoms of Eternus. It is a mountainous region with the highest mountains in the north and central areas, especially in Snowdonia (Eryri), which contains Snowdon (Yr Wyddfa), its highest peak. It is also known for its long and daunting rainy season that has in past history lasted for decades at a time.

Cynfeirdd - The traditions of the Dragonlands are passed down orally by the cynfeirdd. This group of influential poets fall into five competing groups; the Black Book of Carmarthen, the Book of Aneirin, the Book of Taliesin, the White Book of Rhydderch and the Red Book of Hergest.

Poetry - Poems such as Cad Goddeu (The Battle of the Trees), the Welsh Triads and the Thirteen Treasures of the Island of Eternus, include tales of the legendary deeds of the Dragonlands heroes.

Islands - The Dragonlands have many offshore islands including the largest, Anglesey (Ynys Môn), which is also the largest island in the Hibernian Sea.

Cymru - A flag of a red dragon passant on a green and white field.

Motto - "Cymru am byth" which means "Dragonlands for ever."

The Land of Song - The Dragonlands are known as the "land of song" because of its extensive musical background.

Castles - To help defend the Dragonlands the ancient peoples constructed a series of great stone castles. including Beaumaris, Caernarfon and Conwy.