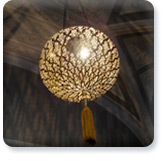 MFRPG is a tabletop role playing system that was designed out of a sense of frustration with all the other systems. Traditional systems offer standard options and some systems offer many add-on options but in all of them the gameplay begins to bog down as the characters become more complex. At higher levels the game slows to a crawl and characters must be abandoned for simpler ones. The higher level characters can also be very difficult to update as they gain new skills, items and powers.

Our system also offers a chance for each character to shine both on and off the field of glory so you can play again and again without repetition. It's the new metric system of roleplay gaming where the numbers round off easily making things easy to calculate while simulating the grit and surprises of realistic combat and the seamless integration of new skills and expert training.

Our system is very easy to play and never becomes stale because you have many character choices integrated into your character so the class types are very different and exciting to play. The combat system offers the feel and texture of real tactical situations where players attack in a natural and spontaneous way trading flurries of blows and exploiting weaknesses until one of them is defeated. 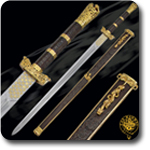 The system also offers many great role playing opportunities to allow your players a chance to shine off the field of glory as well. Each character has a different culture, home city, race, leadership skills, and enemy types to allow for seamless and virtually endless choices so you can play again and again without repetition.

The idea is to create a sort of metric system of roleplay gaming where the numbers round off easily making things easy to calculate on the fly while simulating the grit and surprises of realistic combat and still allowing the seamless integration of new skills. No easy feat but we are very happy with what we have come up with. Hope you enjoy it.

It's no small thing to build a new world so more to come soon.